What Do You Know About Tungsten Carbide Button?

What Do You Know About Tungsten Carbide Button? 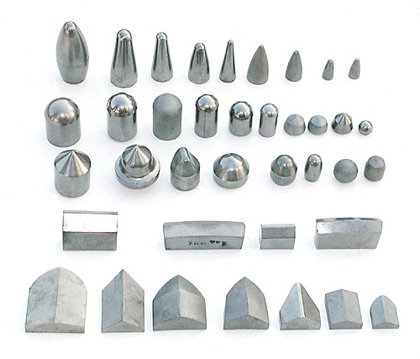 The low-quality tungsten carbide rings can cause nasty skin reactions as these rings use cobalt as a binder.

On other hand, the highest grade rings are made of tungsten carbide, which in place of black carbon is bound with a very small amount of nickel instead for a brighter brilliant look, strength, and maintaining a truly hypoallergenic ring which is true to our standards.

The general grades of tungsten carbide include;

YG4c – it has a density of 15.10, and it’s mainly used for cutting soft and hard material impact drill

YG8 – with a density of 14.80, this tungsten carbide button has similar applications to yG6

YG11C – it has a density of 14,40, and is mostly used in impact bits, and roller bits which are used for cutting high hardness materials

YG 13C – with a density of 14.2, this tungsten carbide button is mainly used for rotating an impact drill bit which is used to cut medium and high hardness of the ball

YG15C – it has density oil 14.0 and is used in the oil cone drill bit, and medium hard rock cutting tool

Wedge buttons – Tungsten carbide wedge buttons are mainly used for the installation of cone drilling and impact drills, drilling soft or medium-hard rock. And, it is also used for another drill with an alloy sheet

Coal buttons – YG8 is the general grade for tungsten carbide coad buttons, which with high hardness, high strength, and so on

Flat buttons – the flat tungsten carbide buttons are mainly used for oil field mine with porcelain drilling and retaining diameter teeth, which has an excellent wear resistance and impact toughness

Claws buttons – tungsten carbide claws buttons come with a long use cycle. The life is about 5-6 times with the same diameter drill bit, which will be saving man-hours and reduce the manual labor

Spoon buttons – tungsten spoon carbide buttons are used to set the cone bit to break the rock in way of cutting, suitable for high-speed drilling of the soft rock

Mushroom buttons – also known as carbide buttons teeth because of their shape similar to the name of mushrooms. The size is precise, enables solid welding, and is used in DTH drill which is not an easy to cut teeth

The Applications of Carbide Button

Due to its high hardness and other striking characteristics of hard alloy, this metal is widely used in mining, quarrying, and cutting process which can also be placed in the heavy excavator bit.

It is also commonly used in oilfield drilling, snow removal, snow plow machines, and other equipment.